Vinegar as a disinfectant

The disinfecting power of vinegar

Vinegar is an effective antibacterial that brings together ancient folk traditions and rigorous scientific research.

Just recently, the ability of acetic acid to kill mycobacteria, including drug-resistant bacteria, was verified by a team of researchers in Venezuela, the United States and France, who found that exposure to a 6% solution of acetic acid for 30 minutes kills the tuberculosis bacterium. This concentration is equivalent to that found in Ponti Wine Vinegars.

Thanks to these properties, vinegar is also an excellent ally for sanitising all surfaces in the home, from floors to bathroom and kitchen. Simply dilute it with a little water and then rinse.

It's also perfect for disinfecting fruit and vegetables by soaking them in a container of water and vinegar for about 10 minutes.

The antibacterial properties of vinegar have been known for thousands of years. The Romans took it with them on long military campaigns as a disinfectant for wounds and, during the most terrible epidemics in history such as plague and cholera, vinegar was used to contain the contagion, so doctors would dip their hands in it before and after visiting the sick. Franco Mecca, a Professor of Chemistry and one of the most authoritative vinegar experts, in his work on wine vinegar as a means of prevention in epidemics and choler in particular, states that vinegar has a "pronounced and precise" disinfectant effect on cholera vibrions, as well as on other intestinal pathogens. 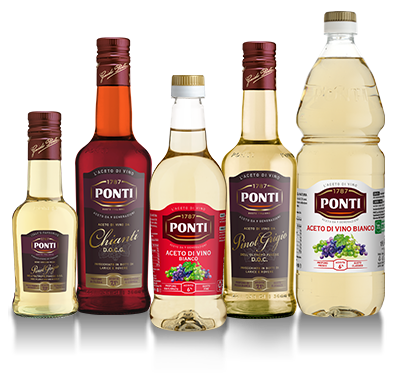